The Benefits of Garlic

Garlic is a functional food (i.e. a food that has additional positive effects for your health besides nutrition), and although not everyone likes its smell, it’s still one of the healthiest foods that you regularly have on hand. It contains vitamins, minerals and is even used for its medicinal and antibacterial powers as well as giving your food extra taste. There are so many advantages that you can enjoy with the benefits of garlic. 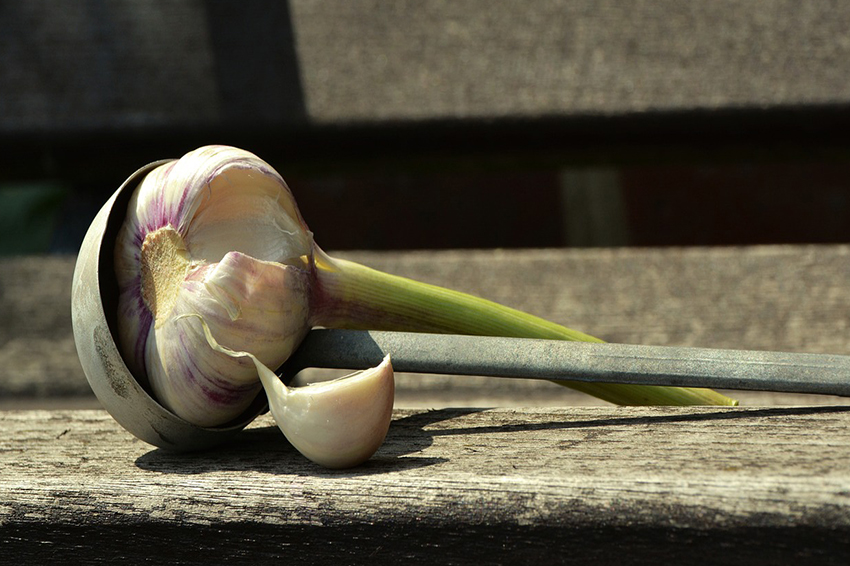 A food from far away

ts Latin name Allium sativum could derive from Greek term “hallesthai,” meaning to “to jump out,” because the bulbs quickly divide into several cloves. Other language specialists say the term comes from the Celtic term “all,” which means “spicy.”

Garlic comes in many different sizes and varieties, but it hasn’t always been found in a prime spot in the produce section or on grocery store shelves. Originally, garlic comes from the lands forming a crescent spanning from the Caspian Sea to the Tien Shan Mountains, along the border between China and Kazakhstan. It was highly popular among the Egyptians, Greeks and Romans, who used it as a remedy or spice. The earliest writings telling of how it was grown date back to 2500 BC. During the Middle Ages, it was used as a remedy to treat epidemics such as the plague, whooping cough and leprosy. Sailors even carried it on their boats to limit diseases and ward off the evil eye.

Christopher Columbus was the one who brought garlic to the Dominican Republic before he conquered all of South and Central America. Garlic didn’t arrive in North America until the 19th century, where it’s now grown in mass amounts, especially in California in the Gilroy Valley, now the “garlic capital of the world”. In other words, garlic has gone the distance and stood the test of time.

Bulbs worth their weight in gold

Raw or cooked, crushed or diced, garlic contains some amazing properties. You can significantly improve your health if you eat it on a regular basis.

What does garlic contain?

One bulb of garlic contains almost all the vitamins that exist: Vitamin A, B1, B2, B3, B6, C and E, but also important minerals and trace elements such as iron, magnesium, phosphorus, potassium and calcium. Eating it in small amounts doesn’t let you reap many benefits from its nutrients, because one 3g-clove of garlic contains:

By eating it on a daily basis, you can get the most out of its benefits. Besides that, it’s also a great way to add some aromas to your cooking. Remember that raw garlic has even more benefits. Add it to your dish less than 20 minutes before it’s done cooking to preserve its properties.

FizzUp tip: Brushing your teeth after you eat garlic won’t do anything to freshen your breath. This smell comes from the gas released in your mouth as you chew or in the intestines during digestion. You’ll have to wait three hours before you can relieve your nostrils. To reduce the odor, chew on some parsley, coffee beans or mint instead. 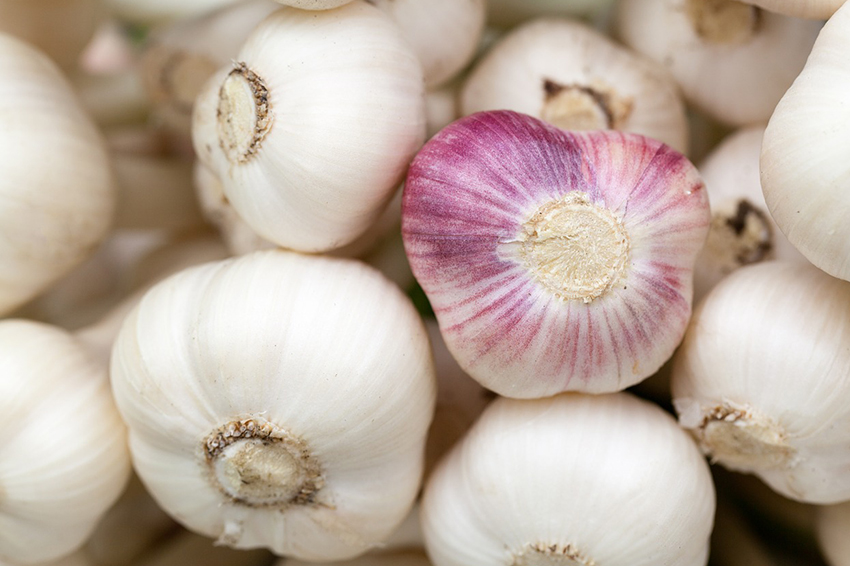 The benefits of garlic for your health are many, which is why so many scientists have studied it to show how useful it is as a medicine.

A study showed that the vegetables in the onion family, including garlic, have a protective effect against stomach, colon and bowel cancer. A great deal of research then followed to prove that garlic has an effective impact against cancer. But there wasn’t enough data to prove that garlic fights breast, esophageal, lung or prostate cancer. A meta-analysis of 18 epidemiological studies published between 1966 and 1999 shows that the risk of colorectal and stomach cancer is reduced (by 33% and 50%, respectively) when garlic is eaten in high amounts, which is equivalent to 18g of raw or cooked garlic a week (approx. six cloves). If you eat this much garlic, it works to keep cancer cells from developing.

Effects on your digestion

This vegetable acts as a laxative in your body, helping you treat constipation. But don’t overdo it by eating an entire bulb in a single sitting, because it can significantly burn your intestines or even cause diarrhea. So learn how to eat it in the right amounts! Try crushing it to make it easier to digest.

Effects on your cardiovascular system

Garlic also has a significant influence on your cardio cardiovascular system because it lowers bad cholesterol and blood pressure, as well as improves blood flow. That’s good news if you’re physically active! When you eat garlic, you’ll give your muscles all the nourishment they need during exercise, which means you’ll boost your athletic performance!

Studies on this are rare, but according to the American Heart Association (AHA), garlic reduces the risks of cardiovascular diseases, as proven by a study conducted on people who eat garlic. By consuming 3 to 10g of raw or cooked garlic for 8 and 16 weeks, participants experienced a drop in their cholesterol levels.

Effects on your imune system

This study conducted in 2005 by Yeshiva University in New York City might come as a surprise. It suggests that garlic contains antimicrobial or anti-infective properties. Two groups of people were formed: the first one consumed a placebo for 12 weeks during the winter months (from November to February); the second did the same, with garlic added to the placebo. The results showed that the second group had suffered from fewer colds than the other, and was even able to relieve their symptoms faster. That goes to show that garlic boosts your immune defenses.

Get extra help from the FizzUp Nutrition Guide

Enjoy the benefits of garlic and try one of the recipes from the FizzUp Nutrition Guide. Serve our hummus as a pre-dinner snack or side dish to get your daily intake of protein and eat garlic without even knowing it. 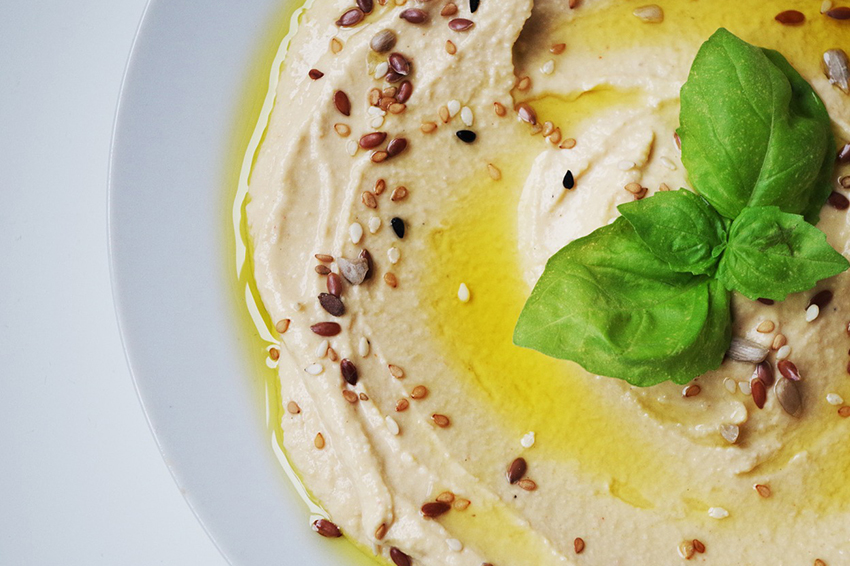 Directions: If you have dry chickpeas, soak them the day before, then cook for 1 hour. If you have canned chickpeas, rinse them and place them right in the blender. Add garlic, oil and salt to the chickpeas and blend. Add the hot water and yogurt. Blend until creamy, then enjoy!

Now you know all the benefits of garlic. Make it a must-have ingredient in your home cooking.We’d love to hear which recipes you use that are high in garlic! Like lemon, apples and bananas, there are many foods out there that can easily keep you in shape.