Is Gluten a New Health Hazard?

Recently, many people have been talking about the dangers of foods containing gluten. Blamed for digestive and skin problems, as well as inflammatory diseases, what does gluten really do to cause these problems? Should you be eating a gluten-free diet? The FizzUp trainer tells you more about gluten. 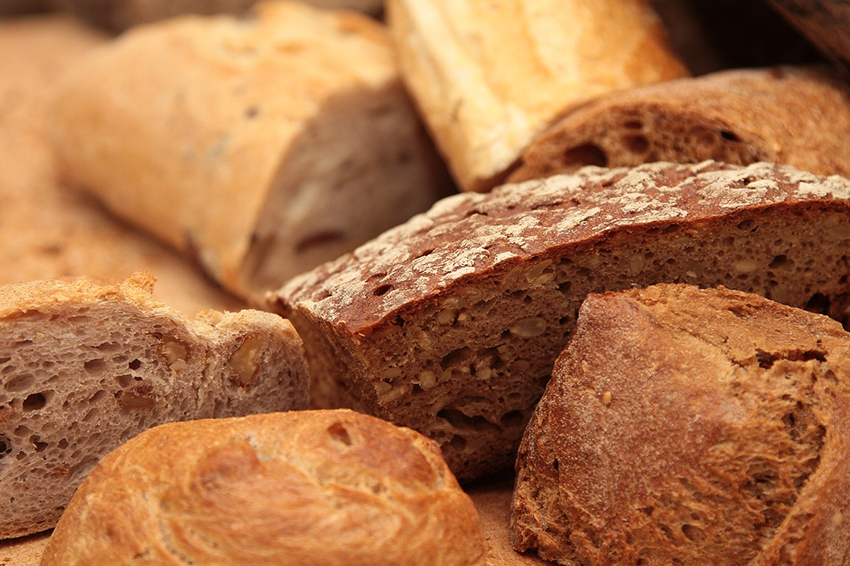 Gluten is a protein found in wheat, barley, rye and oats. It’s made up of two different protein structures: glutenins and gliadins. It’s especially active in dough, helping it rise and ferment.

One of the first grains to contain it, which today we call wheat (but scientists call littlespelt or Triticum monococcum), appeared 10,000 years ago between Egypt and Mesopotamia. Used extensively from the time it began being cultivated, wheat has continued to undergo genetic mutations, induced by grain selection, hybridization (i.e. crossing the most productive species) and transplanting sprouted seeds to other environments for testing.

Is gluten to blame?

Do these processes actually have an effect on your health? French Professor Jean Seignalet, an expert on the issue, hypothesizes that gluten has undergone so many genetic modifications that the digestive enzymes in the majority of the human population can’t recognize and digest it properly. These are the causes of many gluten-related disorders and diseases in humans.

Anthony Berthou, FizzUp’s expert specializing in sports nutrition, explains the origin of the disease, which comes from the hyperpermeability of the human intestinal mucosa, also known as “leaky gut syndrome.”

Your immune system can then react inappropriately and trigger a variety of symptoms, ranging from simple localized intestinal inflammation to autoimmune disease. But the dietary protein involved in this process is none other than gluten. Like Anthony Berthou explains, it isn’t the protein itself that causes the problem, but your body’s response to this protein.

In 2016, researchers at the Columbia University Medical Center published a study proving that more and more people are gluten intolerant. It talks about how the immune system is activated in people who suffer from gluten intolerance when they consume wheat. For the experiment, the researchers studied 80 subjects who told them how they felt and answered various questionnaires after they absorbed or didn’t absorb foods containing gluten in order to determine their intestinal and overall comfort. These people weren’t diagnosed as carriers of celiac disease (gluten intolerance). But all of them complained about problems after eating wheat, rye or barley. These grains all contain gluten. After going six months without eating any gluten, the subjects noticed a significant improvement in their intestinal comfort.

Is gluten free the right choice?

The body’s reaction to gluten can vary and takes multiple forms depending on who you are. Going on a gluten-free diet when you haven’t experienced any symptoms of gluten intolerance is more about following trends and less about a physiological need. Gluten isn’t a threat to everyone. You just need to learn more about it.

If you’ve never experienced any intestinal discomfort or skin problems when you eat bread, pasta or other foods containing gluten on a regular basis, you don’t need to radically change your diet. Remember that you CAN avoid possible problems by using other carbohydrates and flours to make bread, pies and other baked goods. In fact, rice, quinoa, buckwheat, corn, potatoes, legumes, millet and all flours made from them are raw foods and not made from wheat, so they don’t contain gluten.

Gluten-free processed foods are just as bad as processed foods that do contain gluten. These are mixed with various chemical or animal substances, all of which are of poor nutritional quality. Instead of giving in to processed food marketing, make better decisions about what you eat and choose locally-grown foods, without being tempted by food trends. Try seasonal fruits and vegetables. Focus on raw, unprocessed foods such as the ones mentioned earlier. FizzUp Nutrition* can help you make the right food choices and simply change your eating habits. Over 150 recipes are waiting for you in your app to help you get into a diet that meets your needs.

The FizzUp trainer can help you stay in control of your diet and how it affects your health. What about you? Have you already gone gluten free?